2019 China in My Eyes Art Competition

The award ceremony and exhibition of the China in My Eyes Art Competition was held at UCD Confucius Institute for Ireland (CII) on December 1st, 2019. Present at the event were more than 100 participating children and their parents, along with Chinese Ambassador to Ireland H.E. Dr. He Xiangdong and his diplomat team, including Dr. Shen Mingchun, Chief of Political and Press Section; Mr. Zheng Dawei, Head of the Education Section and Ms. Olga Wang, First Secretary for Cultural and Tourism issues. Also at the event were Principal of the UCD College of Engineering and Architecture, Professor Aoife Ahern; UCD CII Director, Professor Liming Wang; UCD CII Chinese Director Mr. Wei Zhang and other guests including Mr. Thomas Duffy, Ms. Fengli Yu, Ms. Anne Collins, Ms. Yi Jiang and Ms. Chunzhu Wang. 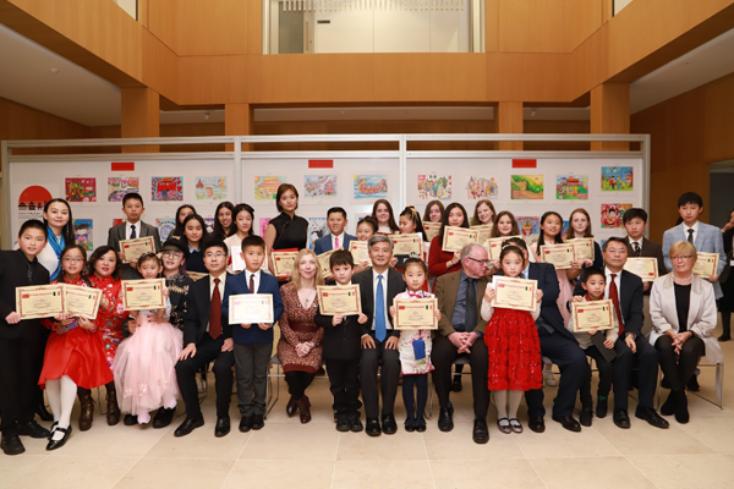 The Competition was hosted by UCD CII and UCC CII and was initiated by the Chinese Embassy in Ireland. With the theme of “China in my Eyes”, the competition lasted for more than one month and collected paintings from Irish primary and secondary school students. More than 600 works from more than 200 schools were received, among which 54 were selected for exhibition.

At the painting exhibition in the foyer of the Confucius Institute, contestants used Chinese elements such as pandas, dragons and bullet trains to depict China through their eyes with various colour combinations, composition methods and painting styles while paying tribute to the 40th anniversary of the establishment of diplomatic ties between China and Ireland, and the 70th anniversary of the founding of the People's Republic of China.

After viewing the exhibition, H.E. Dr. He Xiangdong said in his speech that all the contestants did a great job in depicting China in their works. He also expressed hope that the contestants could contribute more to the friendship between China and Ireland, and between Chinese people and Irish people.

Dr. Tom Duffy from the panel of judges explained the judging criteria and commented on contestants’ art works. He said the paintings either focused on traditional Chinese culture or showcased modern China to show the friendship between China and Ireland. Ms. Fengli Yu believed that the quantity and quality of the works collected this year improved a great deal compared with last year. She further advised contestants on theme selection, cultural differences and details of their works.

The 54 shortlisted works will be exhibited for two weeks in the foyer of the Confucius Institute. 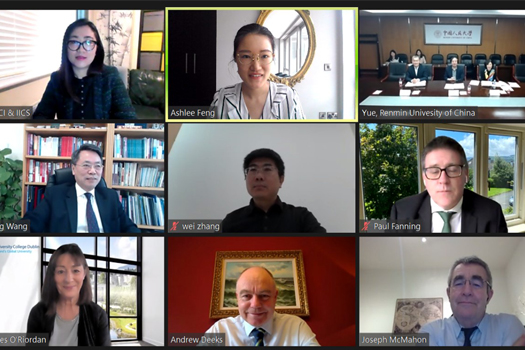 UCD Confucius Institute for Ireland held the 14th Board Meeting 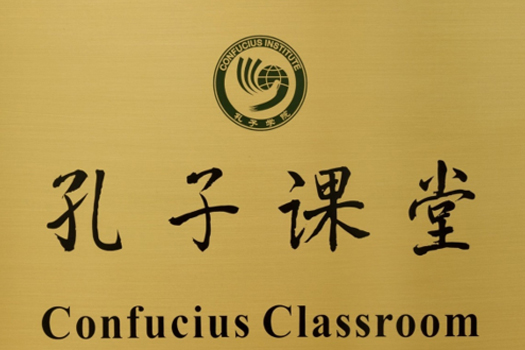